We aim to combine the traditional values of excellent service and good value, with modern, state-of-the-art technology

A regular eye test can help detect conditions like long or short sightedness and eye disease before you notice the effect on your sight.

We all know how precious our eyesight is, but for children, the importance of early checks on their vision cannot be overestimated.

Glaucoma is the name for a group of eye conditions in which the optic nerve is damaged at the point where it leaves the eye. This nerve carries information from the light sensitive layer in your eye, the retina, to the brain where it is perceived as a picture.

Your eye needs a certain amount of pressure to keep the eyeball in shape so that it can work properly. In some people, the glaucoma damage is caused by raised eye pressure. Others may have an eye pressure within normal limits but damage occurs because there is a weakness in the optic nerve. In most cases, both factors of high pressure and weakness in the optic nerve are involved, but to a varying extent.

Chronic glaucoma becomes much more common with increasing age. It is uncommon below the age of 40 but affects one per cent of people over this age and five per cent over 65.

People of African origin are more at risk of chronic glaucoma and it may come on somewhat earlier and be more severe. It is therefore even more important to have regular tests.

If you have a close relative who has chronic glaucoma then you should have an eye test at regular intervals. You should advise other members of your family to do the same. This is especially important if you are aged over 40 when tests should be done every year. People over the age of 40 years with an immediate family member diagnosed with glaucoma parents, children or siblings are entitled to a free sight test every year under the NHS.

The eye is shaped like a ball. The pupil, close to the front, is the opening, which allows light to enter the eye. Just behind the pupil is the lens, which focuses the light on the retina at the back of the eye. The retina is a delicate tissue, which converts the light into images, and sends them to the brain. The macula is a small area at the very centre of the retina. Sometimes the delicate cells of the macula become damaged and stop working, and there are many different conditions which can cause this. If it occurs later in life, it is called age-related macular degeneration , also often known as AMD.

If we think of the eye as a hollow, fluid-filled, 3-layered ball, then the outer layer is the sclera, a tough coat, the innermost is the retina, the thin light-gathering layer, and the middle layer is the Uvea. The Uvea is made up of the iris, the ciliary body and the choroid. When any part of the uvea becomes inflamed then it is called Uveitis. 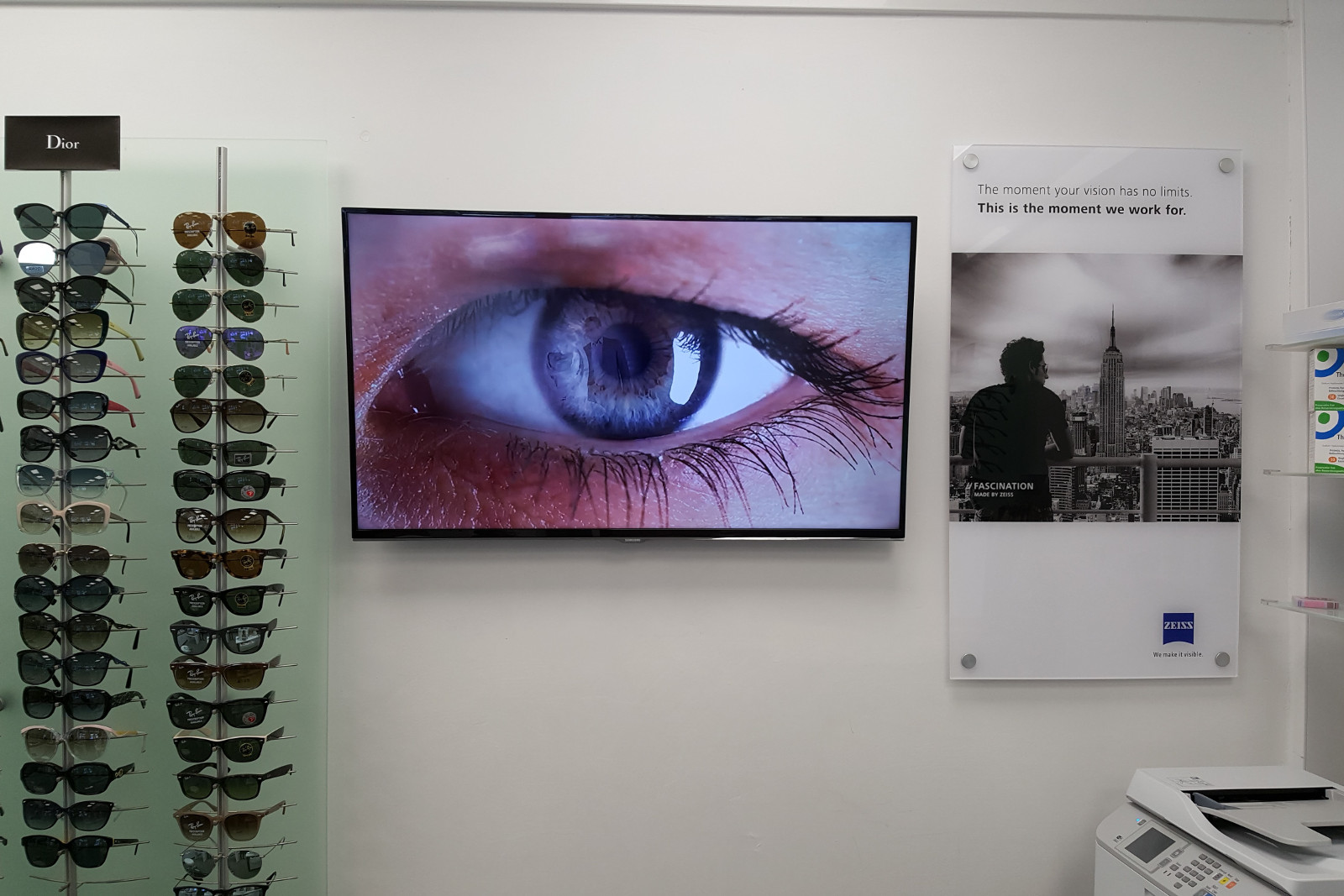 Early treatment can often prevent your sight from getting worse.

The information here explains what is normally included in an eye test for adults (children may need different tests). An optician who checks your eyes is also called an optometrist. Adults are recommended to have an eye test at least once every 2 years, while for children under 16, it is recommended every 12 months.